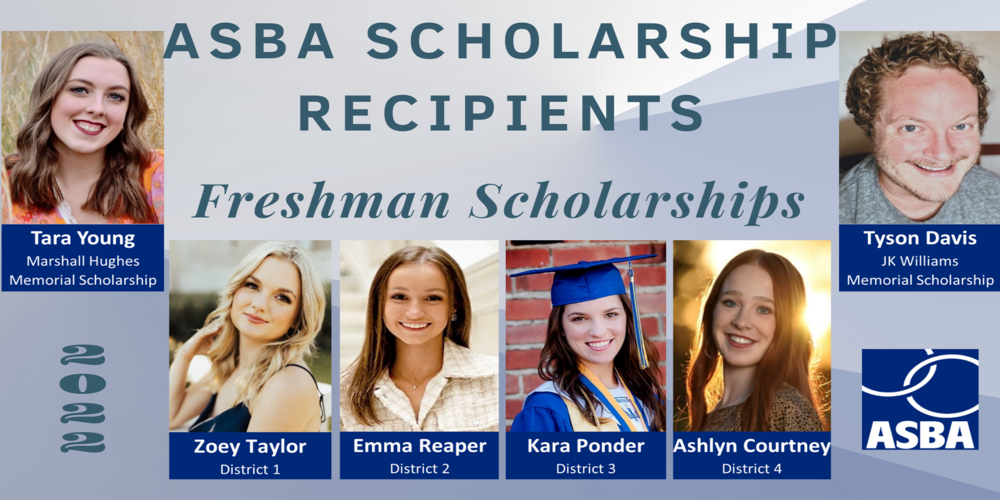 ASBA recently announced our 2022 scholarship recipients. Six scholarships were awarded, one from each of the state’s four congressional districts; the Marshall Hughes Scholarship, which is named in honor of former Beardsley Public Finance employee, Marshall R. Hughes, and is awarded to an overall statewide winner; and one at-large named the J.K. Williams Memorial Scholarship in honor of a longtime educator and former ASBA Executive Director.